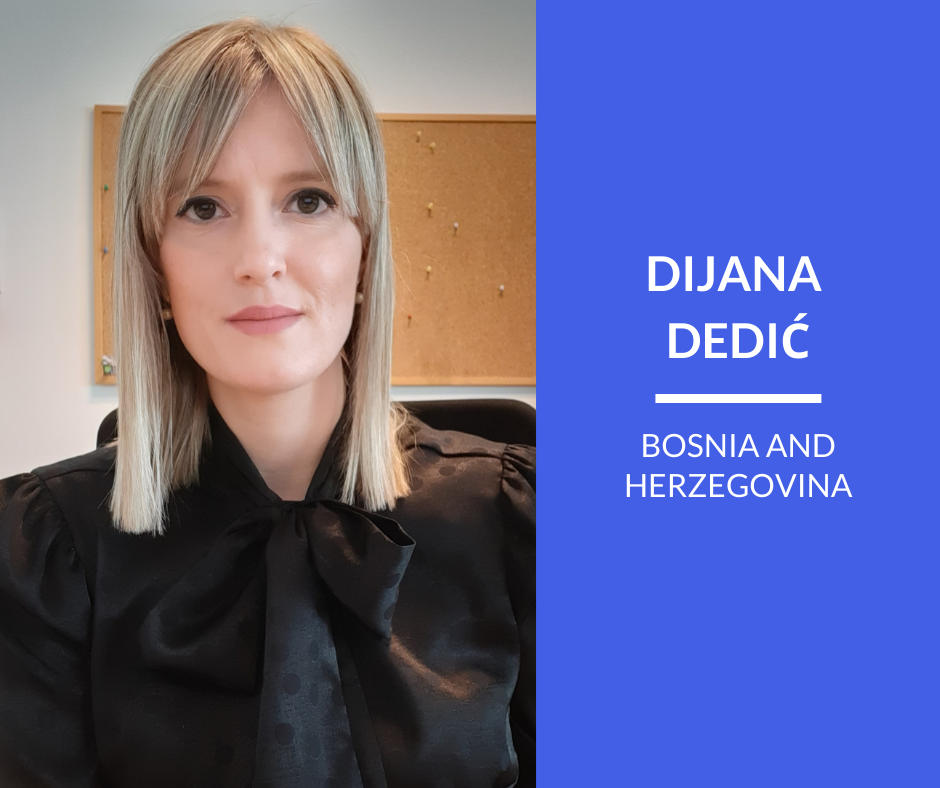 Are you considering applying for an EUVP visit? Ever wondered how the EUVP programmes are organised and what their outcomes are? Follow the “EUVP visit stories”, featuring unique reports and testimonials from those who have joined us at the heart of the EU!

The importance of regional and local actors’ experiences and insights for policy-making and its implementation in the EU is high and inscribed in the institutions through the principle of subsidiarity. Likewise, regional and local representatives play a major role in the EU integration progress in candidate and potential candidate countries. The virtual visit of Ms Dijana Dedić in June 2021 reinforced this impression.

After being nominated by the EU Delegation to Bosnia and Herzegovina in 2020 and selected by the EUVP Management Committee, Ms Dedić  identified her main topics of interest for the virtual visit. Based on those interests, the EUVP prepared Ms Dedić’s visit programme  composed of online meetings with colleagues from several EU institutions and other European organisations. During her virtual visit in June 2021, Ms Dedić had the possibility to discuss several subjects, which were important for her country and for her work position.

Ms Dedić met a member of Cabinet of Mr Olivér Várhelyi, EU Commissioner for Neighbourhood and Enlargement, to discuss the prospect of the EU membership of the Western Balkan countries. She was able to share her insights from the cantonal level with colleagues from the European Commission’s Directorate-General for Neighbourhood and Enlargement Negotiations, who were interested to hear the views from the ground. In addition to integration and EU-BiH bilateral relations, this meeting focused on migration, a highly pressing topic for the whole country and Una-Sana Canton with its capital Bihać, especially. The canton has been heavily affected by migration flows towards neighbouring Croatia in the past years. Going even beyond her professional interest, this meeting left a lasting impression on Ms Dedić:

“What I appreciated the most was the possibility to give my perspective as a citizen regarding the migration crisis and BiH membership in the EU and to talk more about the cooperation that will benefit Bosnia and Herzegovina.”

Another challenge Una-Sana Canton faces is brain drain, caused by high rates of unemployment among the young population. In her exchange with the European Commission’s Directorate-General for Employment, Social Affairs and Inclusion, Ms Dedić addressed the question of how to counter this brain drain and received insight and information about EU programmes in the field of youth education and employment. As education is one of the responsibilities of the Canton, we may hope to see tangible results of this exchange in the future.

The final topic of interest for Ms Dedić’s virtual visit was the role of regions and cities in EU policy-making. By meeting a representative of the European Committee of the Regions (CoR), Ms Dedić learned more about its consultative function. As the assembly of local and regional representatives the CoR gives the different sub-national authorities within the EU a direct voice in the decision-making process. This was complemented by an exchange with Eurocities, a network of more than 190 large cities in 38 European countries. Eurocities shared best practices from their network regarding the integration of refugees and migrants. Those conversations led to new insights and opened a new perspective on BiH’s complex multi-level governance.

“Through the study visit, I now understand better the importance of regions and cities in the creation of legislation in the European Union. Also, a great system of cooperation between regions and cities is in place. For a country such as Bosnia and Herzegovina, with a high level of decentralisation, all this can be a great example of how to convert something that we currently see as our weakness into our strength.”

If you would like to follow the path of Ms Dijana Dedić and become an EUVP participant, please contact the EU Delegation in your country to express interest.