Skip to main content
Albania doesn’t rank very well in terms of media freedom. Likewise, we notice a tendency throughout the world where media freedoms and democracy are increasingly under threat
Biography

Besar Likmeta has been the country editor for Balkan Investigative Reporting Network BIRN Albania https://birn.eu.com/network/birn-albania/ since 2007, and serves as the editor in chief of its award-winning publication Reporter.al. He started his career reporting for the Florida Times Union in Jacksonville, Florida. He has been Albania correspondent for Balkan Insight and has also contributed stories to various publications including The Washington Post, The Christian Science Monitor, Global Post, Transitions Online and Foreign Policy. In 2009, Mr Likmeta received the CEI/SEEMO Award for Outstanding Merits in Investigative Journalism and in 2010 he was runner up to the Global Shining Light Award. Mr Likmeta studied philosophy at the University of North Florida. 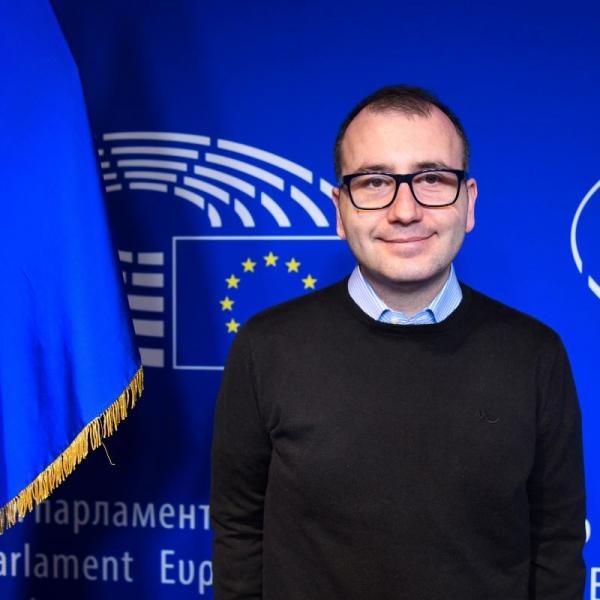 Description and evaluation of my EUVP visit

I also met with officials from the Commission dealing with Western Balkans and the reform process, in particular the justice reforms taking place in Albania. In addition, I met with officials from the Council whereby I got a better understanding of how their decisions are made, how their thinking is different from that of the Commission and the Parliament, and the work that these institutions do. Given that Albania is outside the EU, the institutional structure of the EU is not always quite as clear to us, and with the deeper understanding I gained I could find a better way to translate it back to a wider audience in Albania.

EUVP experience significance for my career

In 2019, I was already editor for the Balkan Investigative Reporting Network (BIRN) which is a network of local non-governmental organisations promoting freedom of speech, human rights and democratic values. Hence, my career as a journalist was well on track but the EU Visitors’ Programme did help me grow professionally. The profession of journalism is dependent on life-long learning because the world is changing rapidly, we constantly have to keep up with the technological innovations and to fully grasp the way institutions operate, which is essential for our job. Certainly, my EUVP experience helped me get a clearer view of the functioning of the EU processes, its institutions, and its policies with regard to Albania. Surely, it will be helpful for my career as I move along.

Albania does not rank very well in terms of media freedom. This is unfortunately not uncommon for the Western Balkans. Likewise, we notice such a tendency throughout the world where media freedoms and democracy are increasingly under threat. In particular the media has been under attack by politicians of all kind. Considering the avalanche that we have had to stand up to, I think we have managed quite well and succeeded in creating a barrier to protect the media freedom in Albania.

My greatest achievement as a journalist

For the past years, I have to a larger extent trained young journalists helping them building their investigative reporting skills. Some of the projects are supported by the EU which is heart-warming because my first project as an editor was funded by the EU. It is in a climate where media freedom is not going in the right direction, where there is very little space for independent media. Therefore, the work that we are doing is very important; helping investigative journalism and covering the truth and gaining the recognition, not only for yourself, but for your team and for your country is certainly rewarding professionally.

In the last years, we put up a David versus Goliath struggle together with other associations against the draconian media law that was pushed by the centre-left government in terms of regulating on-line media to an administrative body. We were very much against it, not only among the community of journalists, but also among the development organisations. We received substantial support from international media organisations, such as Reporters without Borders, Centre for Media Freedom Article 19, and with their support we lobbied not only local institutions against the government challenging the media freedom in Albania, but also lobbied EU institutions which was very important; the Rapporteur for Albania in the European Parliament and other officials in the European Parliament and the European Commission. When the government passed the law it was vetoed by the President of Albania, and the Council of Europe sent it to the Venice Commission (Council of Europe's advisory body on constitutional matters). Thanks to the pressure we put throughout a two-year battle, the government finally gave up and withdrew the law. It’s a lesson in cooperating and how to seek the support of the EU institutions, powerful allies in our democratic process.

I would advise global young leaders to seek allies, nothing can be done on your own. You need to build coalitions locally and internationally. Our work in recent years has shown this is possible if you have the right cause, there are people who will listen, institutions which can be helpful and support you in what you strive to achieve. There are powers in play not to disregard, and limitations, you cannot ask for the moon but incrementally you can chip up the wall of silence that surrounds you and achieve your objectives. It is important to be cooperative and build relations with people and institutions, sometimes you also need a lot of patience and never give up.

How I envisage the future of Albania – EU relations

Rule of law is a key foundation for a well-functioning democracy and for the possibility of the development of a prosperous economy. There is a lot of entrepreneurial spirit in the region of the Western Balkans, but because of deficiencies in competitiveness and the rule of law our full potential is not yet tapped. The EU can help us to move forward by supporting our combat against organised crime and corruption, the demons threatening and eroding the rule of law in Albania and in Western Balkans.

On the other hand, I believe that once these problems are overcome, Albania and the Western Balkans have the full capacity to be contributing with our shared values, with development and entrepreneurship to the progress of the European Union. We share the same mindset with the EU and we can in the longer run contribute positively to the development and prosperity of the EU. I see a bright future for the region of Western Balkans, but we cannot do it alone.