Skip to main content
Integrity and trust is everything.
Biography

Zakir Hussain is Singapore Editor at The Straits Times. He joined the paper in 2005 as a political reporter before taking on the role of a foreign correspondent, and was based in Jakarta as Indonesia bureau chief from 2012 to 2014. He was also political editor, foreign editor and news editor, before taking on his current role. Zakir has a bachelor's degree in history and politics from Oxford University, and a master's degree in journalism from Columbia University, both obtained on a Singapore Press Holdings scholarship. He is also a vice-president of the Singapore Press Club. He was a participant in the 9th Asia-Europe Foundation Editors’ Roundtable on the fight against misinformation in Brussels in October 2018, and was on the European Union Visitors’ Programme in January 2019. 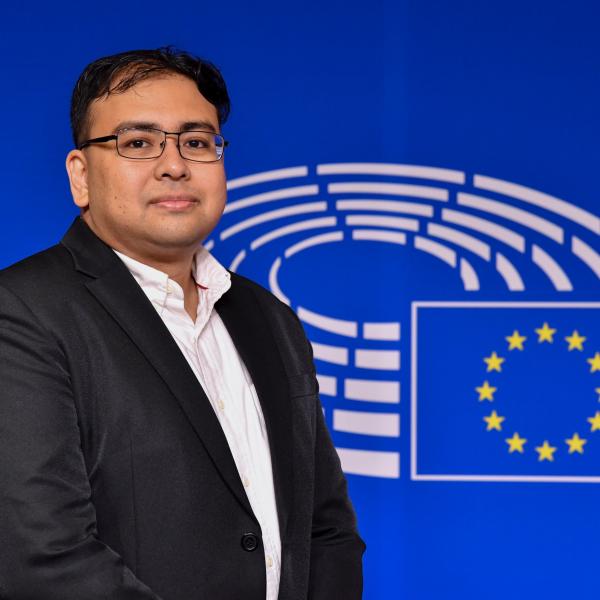 Can you describe and evaluate the experience of your EUVP visit? Tell us a bit about the background of the visit and what you have achieved through it. What has the EUVP experience meant for your journalistic career?

I was fortunate to have been nominated for the EUVP, and visited Brussels in January 2019.

At the time of my nomination I was foreign editor of The Straits Times, and oversaw coverage of a range of global issues, including Singapore’s chairmanship of ASEAN, the Association of Southeast Asian Nations, as well as several elections. The regional grouping of 10 Southeast Asian countries has some parallels with the EU. It started out with five members, including Singapore, in 1967, and expanded after the end of the Cold War, admitting its 10th member in 1999. ASEAN is also a strategic partner of the EU, and while it is far less integrated, there is much both sides can learn from each other.

I benefited from both the programmes as well as the insights from fellow participants on my visit – six media professionals from Argentina, Cuba, Mexico and Turkey. The visits to the European Council and European Commission gave me a first-hand, close-up look and a better understanding of the workings of key European institutions. It was timely that our visit was a few months before the May 2019 European Parliament elections, and ahead of Brexit negotiations, and discussions covered such topics as the rise of far-right movements across Europe, how issues like migration and integration were tackled, as well as the range of efforts being done to engage youth and raise awareness of the role of the EU among the European public.

I remember as particularly insightful the discussions we had with Mr Philipp Schulmeister, head of the Public Opinion Monitoring Unit at the Directorate-General for Communication of the European Parliament, that touched on public confidence in institutions as well as the growing spectre of disinformation and fake news, and that I had with Ms Kathrin Riedler, policy assistant in charge of youth employment at the Directorate-General for Employment, Social Affairs and Inclusion of the European Commission.

The time to visit at length the House of European History as well as the Parlamentarium was also invaluable. The museum’s thoughtful organisation, drawing on historical artefacts as well as contemporary expressions and objects from across 28 EU Member States, was a unique opportunity to view – and consider – the European project in context over the past two millennia.

These various insights helped inform how I subsequently conceptualised and shaped my thoughts when writing about or commissioning articles and pieces on Europe, and global affairs, as well as on what Singapore and our readers can learn from the experiences of various EU countries on a range of topics. From aviation to climate change, from healthcare to integration, what happens in Europe does affect the wider world to some extent. And the EUVP experience has given me a greater awareness and understanding of how Europe’s policies are shaped and enabled me to better relate them to my colleagues and, by extension, to our readers and viewers, even as I move on to edit coverage of political, business, and local news.

There are several main challenges for a journalist in Singapore.

One, a relatively consolidated media landscape, with its own unique characteristics.

There are two dominant media groups – Singapore Press Holdings (which The Straits Times is part of) and state-owned broadcaster Mediacorp – with a comfortable duopoly. This lack of credible local competition means reporting tends to be moderate and cater to the broad mainstream, and publications have to take the middle ground. Yet it also blunts the competitive edge to capture exclusives or scoops.

At the same time, there are different publications and channels across the four official languages – English, Mandarin, Malay and Tamil – for the main ethnic communities which have different areas of concern and interests, and this is reflected in what the various media outfits focus on. But this also means a rather disparate reading public, and the challenge for The Straits Times is more pronounced – to accurately reflect various groups’ views as well as the national mood.

Two, a competent but cautious government.

Corruption, malfeasance and misconduct – which are fodder for fellow journalists in many societies – are hard to come by especially among those in the public sector in Singapore. Policies are also, for the most part, carefully thought through and deliberated, with substantive consultation. As a result, few initiatives are contentious. But the government also tends to tread cautiously on issues that could spark divides or dissatisfaction. This poses a unique challenge for my colleagues, who often have to dig deeper, and harder, to uncover weaknesses and lapses. These continue to exist: for instance, the failure to pre-empt the COVID-19 outbreak among migrant worker dormitories in Singapore.

Three, an increasingly contentious public, with quarters that are sceptical of the media.

Some of this has resulted in declining readership or viewership of media products. While this is a global trend, one concern is growing scepticism or cynicism about the news mainstream media puts out – whether on the US election or climate change. My fear is while this is a minority of the public, it is growing and could reach a critical mass to cause alarm. Some of these views have gained traction during COVID-19, with some believing it is a global conspiracy to track citizens, and others spewing untruths about vaccines.

Added to that is the challenge of recruiting and retaining good people.

For some time now, Singapore’s media groups have been helped by healthy advertising revenues that enable them to recruit and retain good professionals, including through scholarship and sponsorship schemes. Yet declining readership and revenue, including from ads, means this is a growing challenge and the bottom line will remain a growing constraint on journalism.

In a way, the last two challenges are something media in the EU, and elsewhere, grapple with.

How do you get a jaded public to trust credible, mainstream, media outlets with their record of checks and verifications? How do they continue to get some of the best in society, including with a passion to tell the truth, at a time when many promising alternatives, including social media companies, are an attractive proposition to young adults entering the workforce?

What do you feel is/has been your greatest achievement as a journalist?

I would say it has been the opportunity to, through collaboration with my colleagues as well as readers and viewers, help raise awareness of certain issues and challenges that affect society.

These include growing polarisation between people of different leanings and classes, inequality, the digital divide, the dangers of disinformation and extremism, and the global tilt towards populism and nativism as well as the turn away from multilateralism, all of which have become more pronounced over the past few years.

What would you say to (EUVP and Global) young leaders trying to change and shape communities/societies for the better?

While many of us are deeply concerned about our communities and societies in our own patch of the world, it is important to remember that just as regional and global forces have contributed to challenges we face, from migration to middle-income wage stagnation, the solutions and policy options we should consider in addressing them must take into account regional or even global cooperation.

Many of the young leaders I have been fortunate to meet over my 16 years in journalism, in particular through fora like the Asia-Europe Meeting and events organised by the Asia-Europe Foundation, and in journalistic visits and exchanges, have had far more experience than I have, and I would hesitate to give advice to them.

But I hope we can all take into consideration two things as we work to better our societies:

One, we need to respect different approaches to issues. Many of us in Asia acknowledge and appreciate Europe for its vibrant democracy, rule of law, respect for human rights and defence of freedom of speech and inquiry. These are universal values that many people, more so most media professionals, believe dearly in and plan to uphold. But there are also differences on the nature of our democracies, and on restrictions on free speech, especially that which causes offence and injures the deeply-held feelings of some groups – which many journalists in other societies believe strongly in, reinforced by incidents like the attack on the US Capitol by the far-right on Jan 6. We have to focus on that which we have in common, and how to enlarge that common ground, even as we discuss how to ensure governments work for their people.

Two, integrity and trust is everything. Whether engaging a younger generation that is more familiar with social media and that values authenticity and transparency, or engaging seniors with rich and varied lived experiences, leaders need to be trusted by those they claim to serve. To win this trust, one has to be on the ground and be engaged in the lives of the masses, reflect their aspirations and fears, albeit in a rational and responsible manner, and understand their concerns. This includes reflecting their sentiments accurately and with nuance and empathy in the media.

The interview took place in February 2021